Creating a Regenerative Civilisation is Within Our Reach 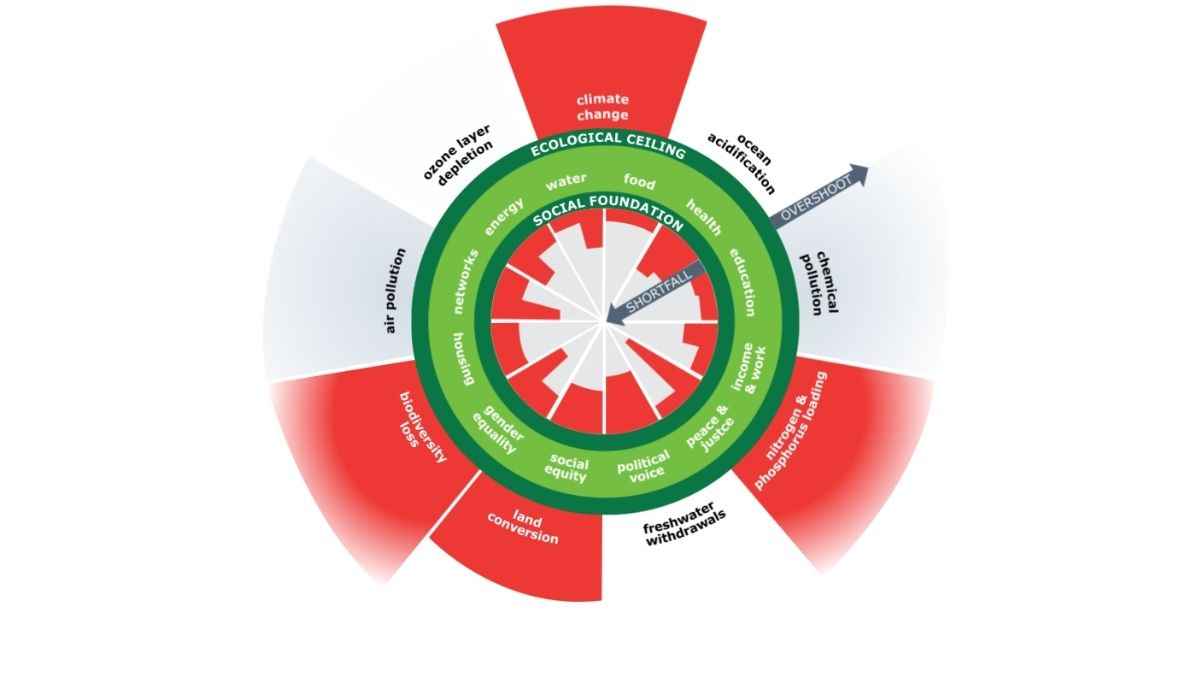 In a recent article, I read in Yes! Magazine the author describes 6 rules for humans to rejoin the natural world, and as I read them it brought back memories of some of the principles present during the birth and development of Gaia Education.

The author, Jeremy Lent, points out that in nature:

In the early days of Gaia Education, the founders knew that a community based on these principles of a regenerative culture would be hard to achieve on a global scale. 15 years later I can say that while transforming the whole of society is a long way off, there are a growing number of groups, communities, projects and initiatives already creating such a world.

We can no longer ignore the approaching tipping points created by climate change and unchecked economic growth in pursuit of stakeholders’ returns. We have already surpassed four of the nine planetary boundaries described in Kate Rawort’s “doughnut economics” model. The challenges we face are of incomprehensible proportions, but our spirit has kept the hope alive and our ingenuity and creativity give us the strength that makes these challenges possible to surmount.

Experts in economics, the sciences and government have widely recognised the dangerous path of the dominant global economic model, and are dedicating their talents to collaboratively design new economic structures and frameworks.

Young people everywhere are learning to transform their worldview and the way they make sense of the world. They are adopting a more regenerative vision of a future they can believe possible. A life-affirming revolution in collective behaviour away from consumerism. Indigenous people from around the world are a good example of humans organising around life-affirming principles like those listed above. Young people are increasingly finding common ground with the wisdom of traditional Indigenous knowledge.

Progressive movements everywhere are focused on creating a society where life flourished for everyone. Interchanges between humans and the natural world would be based on win-win relationships, rather than exploitative ones. Everyone living in safety and self-determination, with access to safe housing, efficient health care, and regenerative education.

This transformation would slow down once it starts to reach a reasonable level of healthy, designed for the wellbeing of the whole.

Some of this transformation can be seen in the working of a circular economy, where the reuse of waste products is designed into the process of manufacturing goods, thus maintaining the material’s value indefinitely once extracted from nature. This not only avoids causing any harm to the Earth, but instead regenerates as a thriving healthy system for all time. The same patterns can repeat and scale to the biocultural needs of its locality in a fractal form. Disparities of wealth would exist within narrower ranges.

At the policy level, new guidelines are being adopted in countries like Bolivia and Ecuador for a transition from the extractive economy to a regenerative one, steeped in deep democracy and social wellbeing. The goal is to create a legal and ethical system based on harmonising nature with human society and humans with other humans. The same effect is offered by the cooperative movement in Europe exemplified by the Mondragón Cooperatives in Spain, which offers an alternative to the shareholder company model.

Our understanding of the commons has also evolved to encompass “any source of sustenance and well-being that has not yet been appropriated by the state or private ownership: the air, water, sunshine, as well as human creations like language, cultural traditions, and scientific knowledge” as stated in the above-mentioned article by Jeremy Lent. The commons is seen as a form of wealth bequeathed to us by our ancestors, thus transforming our concept of wealth. Governance is being activated increasingly on the local and regional level where decisions are being made where they have the most effect.

There is a local movement for the recognition of the Rights of Nature to persist and thrive, putting the natural world on par with humanity, with legal rights enforceable by courts with jurisdiction over governments and corporations.

New frameworks like Universal Basic Income have proven to improve the quality of life in communities around the world and increase productivity and systemic health. People use their free time to improve the household and the commons in order to maintain and take advantage of the benefits provided. Likewise, corporations that reach a certain size would be required to optimise humanity’s and the Living Earth’s wellbeing, along with stakeholders’ returns.

New techniques like regenerative agriculture are resulting in greater crop diversity and improved water and soil fertility. Some communities are creating community gardens on every piece of land available, and more and more cities are banning cars from city centres. And let’s not forget the role the internet plays in enriching local community life with entertainment, connectivity, and shared collaborative spaces for planetary consciousness.

Manufacturing can now be structured around circular flows, locally owned cooperatives, and technological innovation aimed at creating a symbiosis between people and natural living systems.

Education is also being transformed as more and more institutions and NGOs focus on regenerative education in an ongoing transformation from training people for the corporate workforce to cultivating the self-assurance and emotional maturity that fulfil our life’s purpose as valued members of society. Our identity is increasingly being defined by our global citizenship with a deep interdependence that binds us all together into a single human community.

When we consider the immensity of the transformation needed to heal the Earth and create a thriving society in harmony with nature, the odds of achieving a regenerative civilisation might seem daunting—but it’s not impossible.

After sixteen years of delivering a holistic curriculum that addresses these and numerous other principles of designing for sustainability and regeneration, Gaia Education invites you to join the transformation and take part in the actions we take, both individually and collectively, to bring about this new society. We must do this sooner, rather than later in order to avoid runaway disruption of ecosystem services.