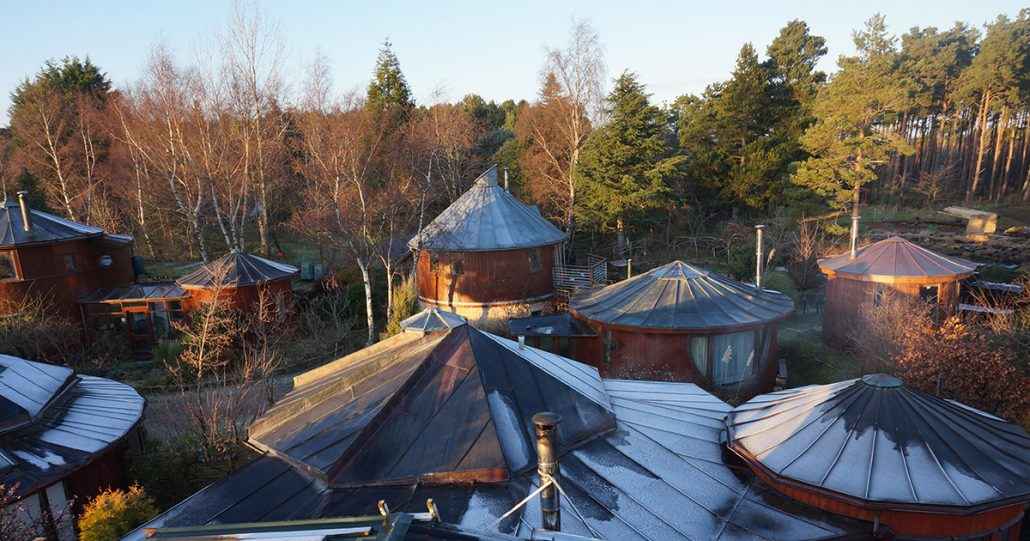 Building community is the process by which a group becomes aware of its own existence as a living collective unity – and of the life force that sustains it. To build community is to nurture the group spirit and its social cohesion through a shared and clear vision. It’s to take care of the group through compassionate communication, empathy and assertiveness, generating trust and a pleasant work atmosphere. It’s to sustain the group through appropriate liberating structures, such as good decision making methods and conflict resolution procedures. And it’s to individually commit to strengthening the group spirit through personal work and letting go of our fears and our feelings of powerlessness, moving from reaction to a creative participation with Life – to being in community.

The group is not just a simple collection of individuals: they have common goals and objectives, membership rules, and a collective identity that, to some extent, determine the behaviour of the individuals. These features might go unnoticed by members of the group who are unaware of their existence, but it doesn’t mean they don’t exist; they influence us in a variety of ways and definitely affect our lives.

It takes time for a group to build up, consciously or unconsciously, all these elements. From its inception a group evolves, goes through different phases or stages of growth, and, in some cases, working through the inevitable challenges of conflict, attains maturity, developing into its full potential.

In fact we can look at the life cycle of a community or organization much in the same way that we can look at personal relationships. It will help to follow the theory developed by Tuckman, B.W. & Jensen, M.A.C., 1977, in “Stages of small group development revisited,” Group and Organizational Studies, 2, p. 419-427).

They have found that stages of group development have been studied and described thoroughly. There are 4 main stages*:

Difficulties caused by the lack of experience generate different states of expectation, anxiety, and some tension. They are easily overcome thanks to a general feeling of excitement and a strong wish to get along.

Typically it starts with an unexpected attraction that can lead to a period of courtship. This is a time for getting to know each other, discovering the qualities and limitations of other individuals and eventually joining forces to carry out a project or commitment to achieve certain desirable outcomes. In some cases this leads to nothing more than a short affair, or it may fizzle out after the first flirting. If it actually goes on, there may be a a period of “infancy,” in which the members of the group are developing their ability to work together and in some cases live together. This is a very fragile time, and in fact most groups, whether they be a community or some other enterprise have a high “infancy mortality rate,” just because of the difficulties of getting the project off the ground at this early stage.

Once the initial excitement begins to fade, differences appear and conflict arises: misunderstandings, unmet needs, power struggles, lack of clarity in goals or procedures… Conflict is necessary for the development process of a group. It forces us to know each other better. It helps us to grow, individually and collectively. It is our great opportunity to learn about mutual respect and acknowledgement, about democracy and interdependence.

Those that survive the initial forming stage tend to make great progress during this next stage of development, simply because of the enthusiasm and commitment of the members. But this is also the stage in which many groups encounter another obstacle, widely known as “founders syndrome” because the founders of the project are so invested in its success that they are unwilling to let go of control and allow for other voices and points of view to change the course of the project.

Next, we see what can be compared to an adolescent stage.

The group decides to learn to move creatively through conflicts, to make coherent decisions everyone can support, to work cooperatively. Everybody is seen and valued as they are. Individual needs and group needs accommodate one another better. Members are more aware of having a collective identity.

Here the group is consolidated, it looks like it will go on for a long time, and is working together relatively well. The danger at this stage is the breakup of the group and the closing of the project, just because people have reached boredom or in some cases, the results are not as fulfilling as they were expected to be. Those that survive this stage, however, tend to reach their prime, meaning that they work well together, have found a rhythm to their lives, and have little problems solving conflicts and everyday issues of operation.

This stage is that of a stable adult group or community, where things run smoothly and quite predictably. There is cohesion, interconnectedness, harmony. Interpersonal relationships have a vibrant emotional quality. Productivity is high. The group works well in achieving its goals. Leadership is distributed among all members.

In its adulthood, a group discovers itself as a living organism, with each member fulfilling an important and necessary role. The organism is a complex and diverse network of relationships embodying cooperation, trust, truth, and love, as a pure expression of life made visible through its actions. In short, a mature group is a rich and diverse community of life. The mature community group values difference and diversity, appreciates the contribution of all its members, accepts tension and conflict as part of its own being and manifestation, and acknowledges and celebrates the underlying unity from which all Life emanates.

This, however, is another danger in group development, because it is here that bureaucracy tends to set in and take the life out of the group. It is also where roles can become hierarchical, which may lead to issues of rank and privilege among the members, thus creating division and disempowerment for some. If not addressed properly this can lead to organizational death.

Some groups disband after completing their tasks and producing what they set out to produce.

The various stages of group development are not necessarily linear. A group can go from one to the other, skipping stages in between, or returning to stages long left behind at any time. Group dynamics is an important piece to observe in its development, and measures can be taken to get the group on track if they are recognised.

This process is by no means rigid or static. How the group experiences the process depends on the particularities of the group. Besides, external circumstances – such as the arrival of new members, change in the social reality where the group lives, political or economic uncertainties, etc.–can cause the group to regress from a stage of maturity to some previous stage of learning, with renewed tensions and conflict.

This is an excerpt of our introductory Sustainability Design Panorama online course which helps you put sustainability into perspective. This course was created for people who are interested in living more sustainably, and who may or may not have heard of ecovillages, sustainable communities, or Gaia Education, but who want to become change agents and are attracted to the possibility of regenerative communities and bioregions.

Find out more about the Sustainability Design Panorama here.

FREE REGISTRATION FOR LIMITED TIME ONLY

Begin your learning journey as a global-local agent of change!