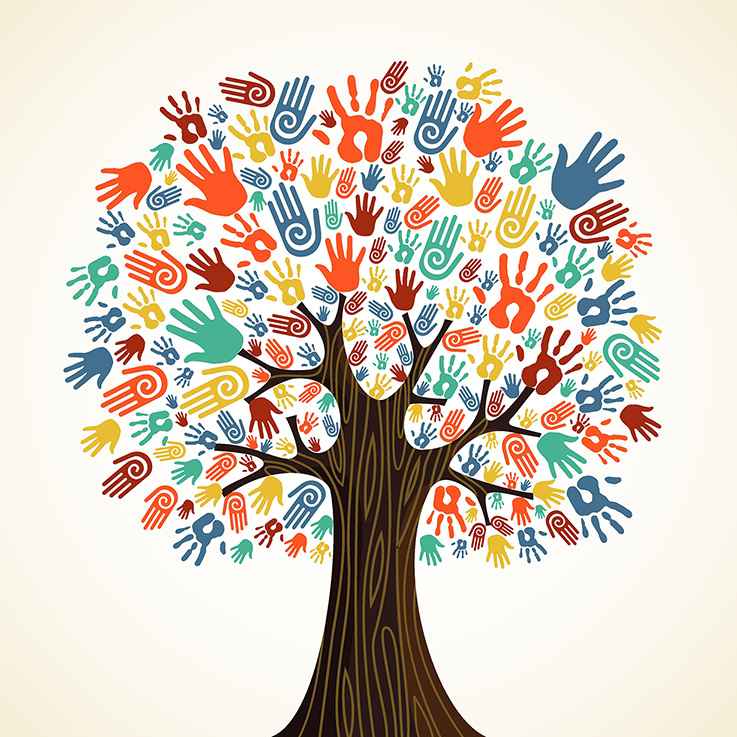 “A growing number of people are recognizing that in order to secure the clean air, water and food that we need to healthfully survive, we have to become guardians of the places where we live. People sense the loss in not knowing their neighbours and natural surroundings, and are discovering that the best way to take care of themselves and to get to know neighbours, is to protect and restore their region.” First Continental Bioregional Congress

Building community is one of the most crucial tasks that every group, intentional or local community should undertake to enable the collective being that animates it to express itself with all its power in a rich and transforming vision. But is there an end to the community building process?

Does it end with the original group which then competes with other groups for resources, knowledge or an even more dominant position in the market, in society and in the world? Certainly not!

While many early ecovillage projects saw themselves as ‘lifeboats’ of a civilisational shipwreck, almost all of them understand how impossible this isolationist scenario is. We must create a sustainable, thriving and regenerative future for all, where nobody is left behind, or we will not succeed as a species in the planetary era. Consequently, most mature ecovillages in the world have, over the last two decades, developed extensive outreach projects in their local regions. They have learned to speak the language and build partnerships with their regional and national governments and through the Global Ecovillage Network (GEN) have even become a consultative influence as NGOs reporting into and supporting the United Nations process.

Jonathan Dawson, former president of GEN, has offered a new metaphor for ecovillages, from lifeboats to “yoghurt culture”, transforming the milk or their regions into nutritious yoghurt. Another way of expressing this is that ecovillage and sustainable community culture spreads like a health-generating virus, spreading infectious health.

It is now accepted that it is impossible to create or sustain a sustainable community in isolation and that many of the synergies and win-win design solutions that define regenerative cultures can only happen at a regional scale. So although we need to start with sustainable communities, the process does not end there. Eventually, when a group is formed and begins to collaborate effectively, there is a need to expand the community vision beyond the original group, seeking ways to connect with other groups in the regional and/or global networks — including under-represented minority groups or non-human species.

As the group expands its spatial horizons from the local to the regional to the global, it will also expand its temporal horizons to its ancestors who left a rich legacy and whose traditional wisdom might hold at least part of the key to a regenerative and thriving future. In becoming conscious of who we are working for — less for ourselves and more for the yet unborn future generations — we are reconnecting with the ancient wisdom of how to live wisely on this Earth.

In the design framework that supports Gaia Education’s approach to design for sustainability, we call this awareness and conscious co-creation across multiple spatial scales (local, regional, global) and temporal scales (the distant past, the present and the future) scale-linking design. While we engage in sustainable community design to take a stance and offer practical solutions in the transition towards a sustainable human presence on Earth, many of the patterns and processes we need to create in this transition cannot be created at the scale of a small human community of a few dozen or a few hundred people. They require collaboration between communities to create these patterns at a local bioregional scale.

Just as the ecovillage culture has changed its metaphor from ‘lifeboats’ to transformative “yoghurt culture”, most sustainable community and ecovillage initiatives understand that to chase the dream of complete and isolated self-sufficiency, so popular among the hippies of the 1970s, is a mistaken and impossible goal. In many ways this goal goes hand-in-hand with the story of separation and ‘lifeboat’ thinking. As the cultural narrative of the story of interbeing is recognised, regional, national and global interdependence becomes more easily understood. Thus it is important to design and build scale-linked structures of increased local and regional ‘self-reliance’ to meet basic needs within thriving regional economies that are elegantly adapted to the bio-cultural opportunities and challenges of their particular region.

A sustainable human civilisation will emerge from the collaboration of diverse and regionally-adapted regenerative cultures. These cultures will have a certain level of regional self-reliance with regard to basic needs such as food, energy, education, health care and material goods. Their material cultures will be primarily but not exclusively based on regional production for regional consumption, enabled by renewable-energy, and circular economies that use regenerative regional bio-productivity, rather than fossil materials and fuels, as their resource base. Just as life is structured as networks within networks linking across scales, a sustainable human presence on Earth will emerge from collaborative networks of communities at bioregional, national and global levels.

This is an excerpt from the Social dimension of Gaia Education’s online course Design for Sustainability.

If you would like to learn more about how to learn the skills to become a confident change maker in social issues of sustainability, then you should join our Social Design online course.

In the Social Design course, you will also learn more about how to deal with conflict and diversity — of ideas, beliefs, roles, etc., how to improve your communication skills and communicate in a more compassionate way, how to create a common vision for a collective project, and much more!

If you register early, you are able to get a special discount. Find more information about the discount code and its deadline on the course page here.

We would appreciate it if you would share this with your network.

Gaia Education is a leading-edge provider of sustainability education that promotes thriving communities within planetary boundaries.