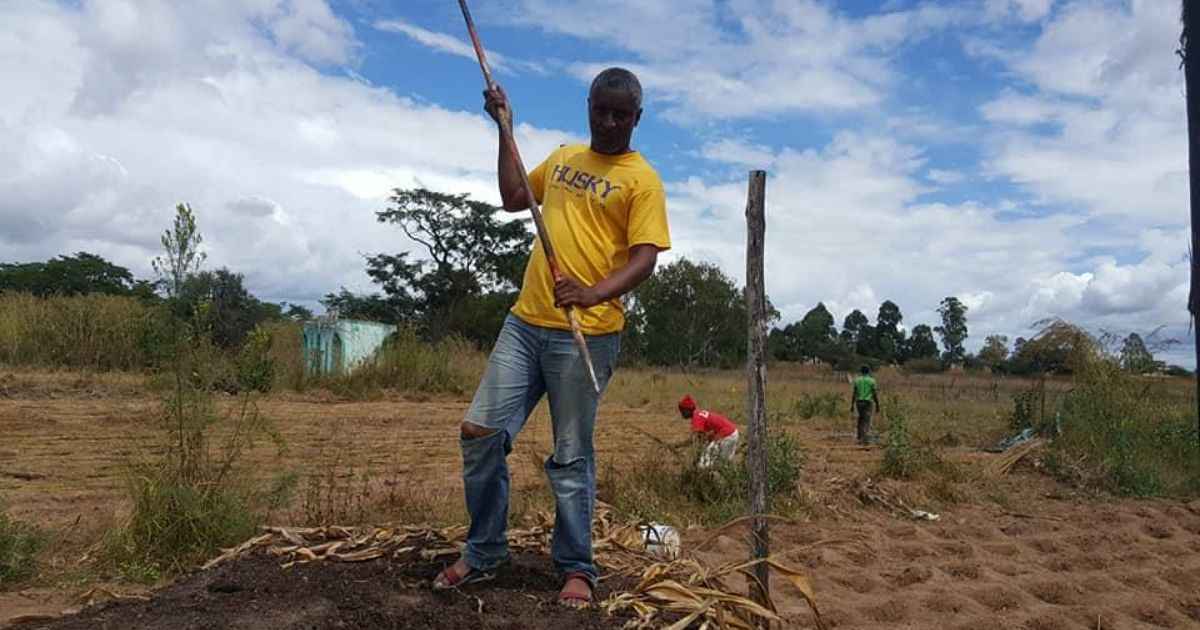 Turn your inspiration into action. Learn how to develop analytical skills that can apply to consulting and practising sustainable design.

The Mangwende Orphan Care Trust is an interesting output of the Design Studio, which participants of the Design for Sustainability (GEDS) programme are able to engage with once they have completed the four dimensions- social, ecological, economic design & worldview.

The focus of the Design Studio is to get you to think about and practise integrative whole systems design, go through the experience of co-designing with others to create a detailed project proposal and design, and to recapitulate and integrate what you have learned over the year-long programme.

“The future of all people is linked with the condition of the land. If the people enrich the land the land will enrich them in return.
Permaculture gives a way of redesigning our communities, cities and habitats in a way that enhances nature our local economies and a healthy lifestyle.
If applied correctly, permaculture design can be used to solve many if not all our planets and species current problems.”
– Evans Mangwende

Economic, social and environmental issues are interlinked and so require a common worldview to tackle them in an integrated way in order to address the questions of climate change and sustainability so that the needs of individuals, communities and the planet are met without compromising the conditions of survival for present and future life. While there is a pressing call to reduce worldwide consumerism, energy consumption, carbon emissions, and wastage of water and other natural resources, there are also a number of issues associated with rural disadvantaged communities in Zimbabwe with regards to the financial burden and the lack of access to appropriate education on sustainable practices. The mechanistic, reductionist and linear economic system destroyed the ecosystem and social integrity. Moving away from this dysfunctional pattern incentivises the emergence of an alternative mode of thinking and behaving, respectful of the intrinsic environmental and human rights. This way, nature and people can coexist to mutually profit from a thriving livelihood and long term viability.

The Mangwende Orphan Care Trust, a grass root initiative, originally took on the task to look after vulnerable members of society and wishes now to expand this responsibility beyond the locality and most importantly to the environment. The key drivers are the development of a vibrant trade-based economy through the development of environmental services together with the revival of the Zunde traditional culture encouraging social cohesion and caring for the needy. Indeed, economy and ecology mutually strengthen the  foundations for life and happiness for all. This project presents an opportunity for innovating skills and personal empowerment. The initiative’s goals are to minimize the need for resources consumption (mainly water and energy), prevent waste leakage (economic, energy, pollution, recycling) and maximize the use of locally available natural resources while enhancing community social development (skills, services, network) and bioregional biodiversity. Change needs to be ingrained in daily practices for sustainability and love to become once again communal wisdom to share at a larger scale.

From top: digging a well in the dried fields; clay hut with pot shaped bricks; Evans observing the crops in the permaculture garden

One way to achieve this is by focusing on food. Land degradation, biodiversity loss and air and water pollution can all be resolved by the implementation of permaculture farms. A restored soil requires fewer inputs to produce higher yields, which translate into higher profit. Feeding the orphans was the trigger behind the creation of the Trust but step by step, the founders are hoping to build the foundations for a more resilient local food economy that can be both climate and income resilient in the face of global fluctuating challenges. The local population knows that the virtue of wealth resides in the soil, not money, and needs to regain lost knowledge. Soil and its ecosystem are valuable to life. Its health is determinant to our wellbeing, yet soil has no official intrinsic value. The current worldviews and policies favour an economic system that emphasizes on the generation of monetary profit while disconnecting with the true essence of our existence, health and happiness, namely what cannot be bought: peace, love, meaning and above all Nature as a source of water, food and shelter.

Most of Zimbabwe’s agro-economy is based on smallholder farming. Small farms play an important role in supporting rural households, their community and the local economies. Unlike large monoculture fields, which yields high amount of one particular crop (a significant portion of which is wasted), small subsistence diversified farms produce more food and more kinds of food per surface area, despite the smaller scale, and so are more efficient at fighting
against hunger. The right to food production is determinant to the future resilience of the rural community and embraces sovereignty and freedom. Throughout human history, food has always been at the centre of community life, culture, traditions, cooperation, spirituality and celebrations. Its diversity is also the basis for health and survival of individuals, communities, whole ecosystems, and life on Earth. Its stability and success are highly dependent on the holistic understanding and respect for Nature.

The Mangwende Orphan Care Trust was launched to promote empathy, love, collaboration, trust and respect for all living beings, to transition from the current begging attitude (no longer able to depend on the diminishing aid) towards participative contribution by replacing scarcity with abundance. It has the possibility to become a role model for many other places in the region, in Zimbabwe, in Africa or even worldwide.

Pelangi Farm has a strong core group that has found a special magic in the way they communicate, work, relate and care for each other.

The design aims to augment the community’s environmental features in support of their current lifestyle and values.

Learn more about the Design Studio of our Gaia Education Design for Sustainability (GEDS) programme here!